Jade pot spring bottle is also called jade pot spring pot, is a curved mouth, thin neck, hanging belly, circle foot, to change the gentle arc for the contour of the bottle class. Its unique shape is: the neck is thin, the central part of the neck slightly bandaid, the neck gradually widened down into the apricot round pendant abdomen, the curve changes round slow; The circle foot is relatively large, or introverted or introverted. The shape of this bottle was finalized in the song dynasty, after the song, yuan, Ming, qing, republic of China and modern times, it became a typical utensil in the shape of Chinese porcelain, and it was called the "three treasures in the bottle" together with plum vase and vase. 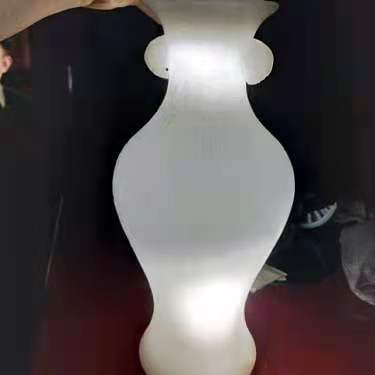 The jade pot spring bottle is one of the ancient bottles. Archaeological evidence shows that the jade pot spring bottle appeared in the eastern han dynasty. In the sui and tang dynasties of the northern and southern dynasties, the bottle body was shaped like a willow and developed to be thin and tall. Its shape was finalized in the northern song dynasty, and it became a typical utensil with distinctive age characteristics in song porcelain. 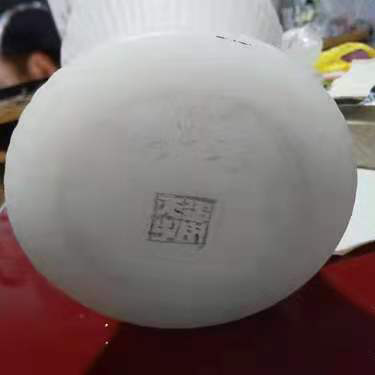 This white marble jade pot has the character of blessing in the spring bottle, like an ear, and the words for the emperor at the bottom. In ancient times, it was specially used by the royal family. It is beautiful and atmospheric and worth collecting. With a height of 40 cm, fresh and handsome posture and graceful curve, it shows the fullness and slimness of women's femininity. It can be described as a beautiful wonderful flower in China's ceramic art. China's unique ceramic art essence is a unique artistic quality of the porcelain industry. It has an extraordinary collection value. For a long time, the jade pot spring bottle has been highly respected in the art market, with high prices. It is a rare porcelain that many collectors are competing to collect.